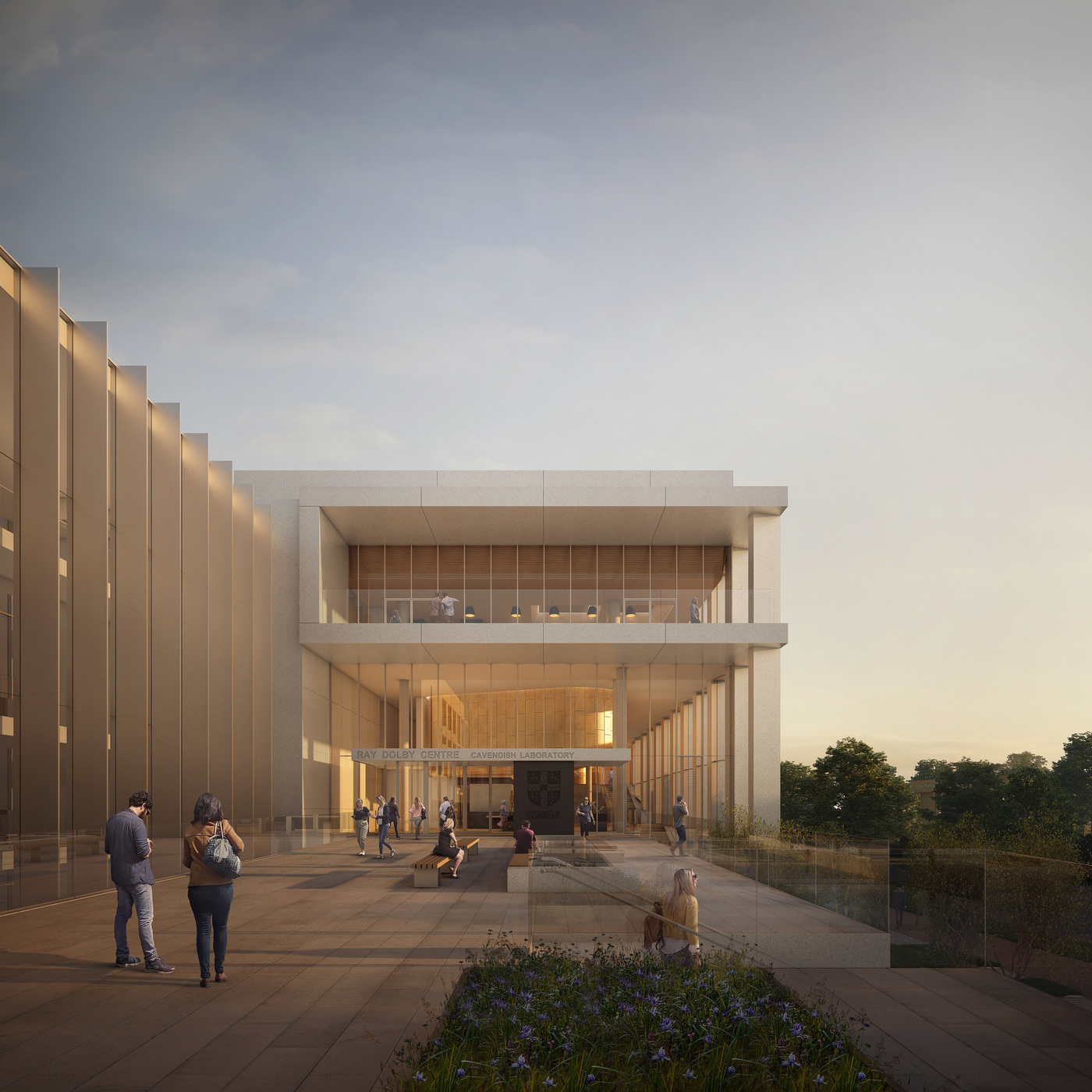 The University of Cambridge has received an £85 million gift from the estate of Ray Dolby, founder of Dolby Laboratories and its world-renowned Dolby Noise Reduction, Dolby Surround, and successor audio signal processing technologies, which have revolutionised the audio quality of music, motion pictures, and television worldwide.

The Dolby family gift is the largest philanthropic donation ever made to UK science, and will support the Cavendish Laboratory, the world-leading centre for physics research where Ray Dolby received his PhD in 1961. Thanks to this exceptional gift, the University has now surpassed the £1 billion milestone in its current £2 billion fundraising campaign. This is the second generous gift to Cambridge from the Dolby family, who donated £35 million to Pembroke College, Cambridge in 2015. The Dolby family is now the largest donor to the fundraising campaign, and the second-largest donor to the University in its 808-year history.

In recognition of this gift, the flagship building of the Cavendish Laboratory redevelopment will be named the Ray Dolby Centre, and is expected to open in 2022. In addition, a new Ray Dolby Research Group will be established at the Cavendish, which will significantly expand research capability and expertise within the new building. The group, which will be led by a new endowed Ray Dolby Professorship, will build on and further strengthen the Cavendish Laboratory’s status and impact as one of the greatest centres of physics research in the world.

“This unparalleled gift is a fitting tribute to Ray Dolby’s legacy, who changed the way the world listened - his research paved the way for an entire industry,” said Cambridge Vice-Chancellor Professor Stephen Toope. “A century from now, we can only speculate on which discoveries will alter the way we live our lives, and which new industries will have been born in the Cavendish Laboratory, in large part thanks to this extraordinarily generous gift.”

“The Ray Dolby Centre will complete the development of the new Cavendish Laboratory. In addition to serving as a home for physics research at Cambridge, it will be a top-class facility for the nation,” said Professor Andy Parker, Head of the Cavendish Laboratory. “This extremely generous gift from the Dolby family is the most significant investment in physics research in generations, and a truly transformational gift in Cambridge’s history.”

“The University of Cambridge played a pivotal role in Ray’s life, both personally and professionally,” said Dolby’s widow, Dagmar. “At Cambridge and at the Cavendish, he gained the formative education and insights that contributed greatly to his lifelong groundbreaking creativity, and enabled him to start his business.”

“My father’s time at the Cavendish provided him with an environment where he got a world-class education in physics, and many of his successful ideas about noise reduction were stimulated by his Cambridge experience,” said Dolby’s son David. “Our family is pleased to be able to support the future scientists and innovators who will benefit from the thoughtfully designed Ray Dolby Centre.”

Ray Dolby, who died in 2013 at the age of 80, came to Cambridge as a Marshall Scholar in 1957. He received his PhD from the Cavendish in 1961, and was a student and later a Fellow of Pembroke College.

In 1965, he founded Dolby Laboratories in London and invented the Dolby System, an analogue audio encoding system that forever improved the quality of recorded sound. He moved the company in 1976 to San Francisco, where it has been headquartered ever since.

The new Cavendish Laboratory will be its third home since its founding in 1874, and was first announced by the government in its 2015 Spending Review. It promised a £75 million investment in the Cavendish, which has been confirmed today, helping maintain Britain’s position at the forefront of physical sciences research. The funding will be delivered by the Engineering and Physical Sciences Research Council (EPSRC). Work on the new facility is expected to begin in 2019.

“This generous £85 million donation from the Ray Dolby estate along with the £75 million government has already pledged is a testament to the importance of this facility and the UK’s leadership in science,” said Science Minister Jo Johnson. “The UK is one of the most innovative countries in the world, and through our Industrial Strategy and additional £2.3 billion investment for research and development we are ensuring our world-class research base goes from strength to strength for years to come.”

“A successful nation invests in science, and this grant signals our intent to lead the world,” said Professor Philip Nelson, EPSRC's Chief Executive. “The facilities will be open to researchers across the country and encourage collaborative working between academics and institutions. Clearly Ray Dolby valued the university that nurtured his talents and, in making his bequest, has made a truly generous contribution to future generations.

Read the full release by University of Cambridge here.