Initiated by Ralph Erskine, our scheme completes and updates the masterplan, generating a complex and picturesque arrangement of buildings defined by streets and squares, providing 1,746 homes.

A team led by Jestico + Whiles, including Peter Barber Architects and Studio 54 Architecture, achieved planning approval for the design of the final phases of the award-winning Greenwich Millennium Village development.

The original masterplan and some of the early phase buildings were designed by the late Ralph Erskine during the 1990s, and the new design will update his vision, providing 1,746 new homes.

The design offers a human-scale, that incorporates a mixture of townhouses and apartments in lower rise buildings of between three and five storeys, to focus strongly on street life.

It uses traditional street patterns with narrower mews, in a way that is compatible with the design language of the initial phases, but establishes its own identity.

The masterplan for phases 3, 4 and 5 generates a complex and picturesque arrangement of buildings defined by streets and squares whilst deftly resolving the onerous acoustic challenges imposed by the neighbouring aggregates wharf operations. 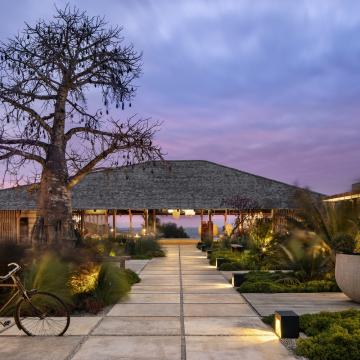