Sustainable thinking has informed the design of this school in the Caribbean with a solar control façade, rainwater collection and on-site solar generation all forming an integral part of the design concept.

Jestico + Whiles was appointed by the Cayman Islands Government after winning an international competition to design the new John Gray High School in Georgetown. The project is to complete the school on the island, construction of which was halted in 2012 in the wake of the financial crisis and amidst concerns around the educational model on which the original design was based.

The government’s brief is to utilise the four existing structures which were left partially completed on site into a departmentally-organised high school, a single building rather than the campus of academies originally envisaged.

Working with local partners, Jestico + Whiles has carried out extensive consultation with the school community, government and education authorities to ensure the new design meets the educational needs. This included workshops with both students and staff. Everyone in the school community was given the opportunity to be consulted and they voted on their own priorities for the new facility.

The new school has been conceived from the ground-up on the basis of those consultations, and throughout the design process there have been regular checkbacks with all the stakeholders to ensure that the evolving design continues to meet those ambitions, and the brief.

Integrating the existing semi-derelict structures has proven to be a particular design challenge. The wing form of the new building connects them together around a central heart.

The landscape design uses indigenous planting and substantially reduces the need for irrigation. The building is also being designed as a hurricane shelter and emergency refuge, a vital facility on low-lying Caribbean islands. 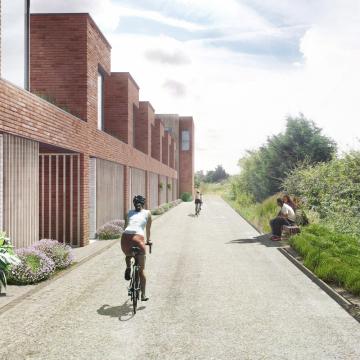 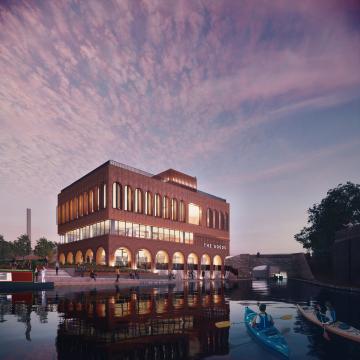 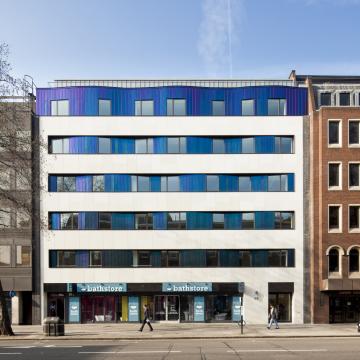