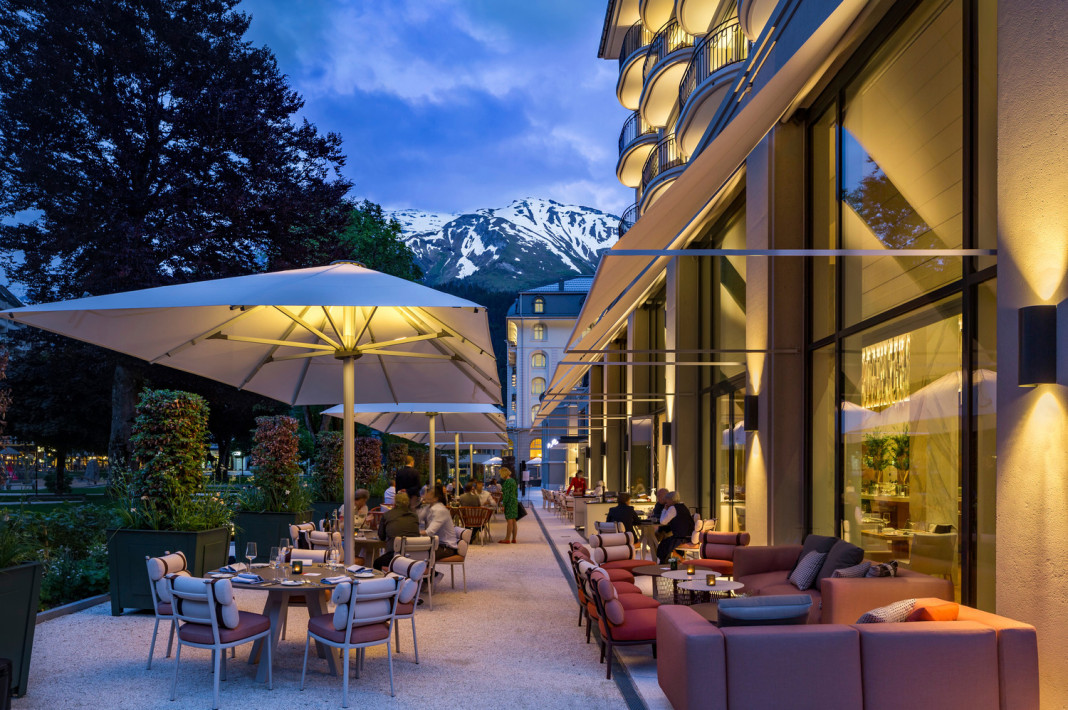 The classic Belle Epoque features of the original hotel have been retained and are complemented by a new wing by Sigrist Schweizer Architekten. Jestico + Whiles' interior design reinstates the hotel's prominence as a destination for all seasons, reflecting the colours of all Switzerland’s seasons, from autumn’s rich ochre and deep burgundy to summer’s soft lilac and pale mint.

From the grand entrance hall, the historic features and proportions are sympathetically preserved. Hidden treasures from the past are rediscovered – mosaics and marbles, hexagonal motifs, niches in the guestrooms – and although grand in scale, the spaces embody the welcoming character of a Swiss alpine retreat. 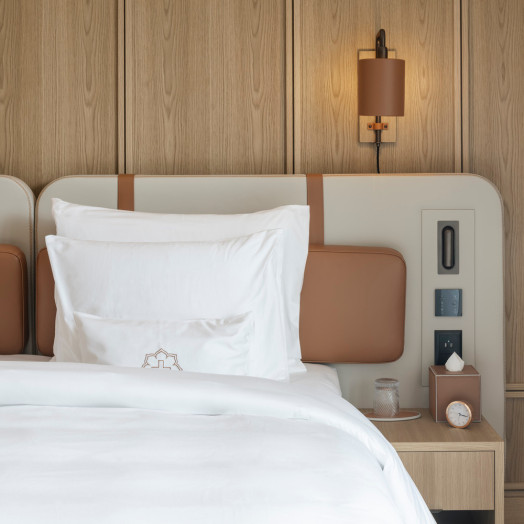 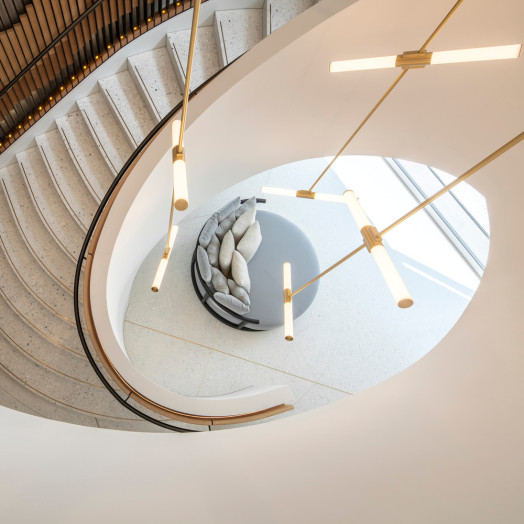 The restaurant and event spaces are linked by a sweeping, sculptural staircase. Crafted from stone, the balustrades are lined in timber, making reference to the surrounding mountain scape. Bright white terrazzo floors with decorative brass inlay flow through these new spaces, merging traditional craft with modern innovation.

With soaring ceilings and double-height windows, the restaurant brings its own interpretation of
contemporary grandeur. At the centre of the dining room, a bespoke chandelier designed by the Jestico + Whiles team, comprises hundreds of glass rods in a mix of colours and surface finishes.

Perched in the rebuilt roof attic, the newly created spa is elevated above the hotel to take advantage of unobstructed views towards Mount Titlis. The alpine spa includes an infinity pool, treatment rooms, Vitarium, Finnish sauna and ice fountain, sculpted from textured monolithic stone and natural timber. A timber lined relaxation room embraces the spirit of the modern mountain cabin, with a stone fireplace at its heart. 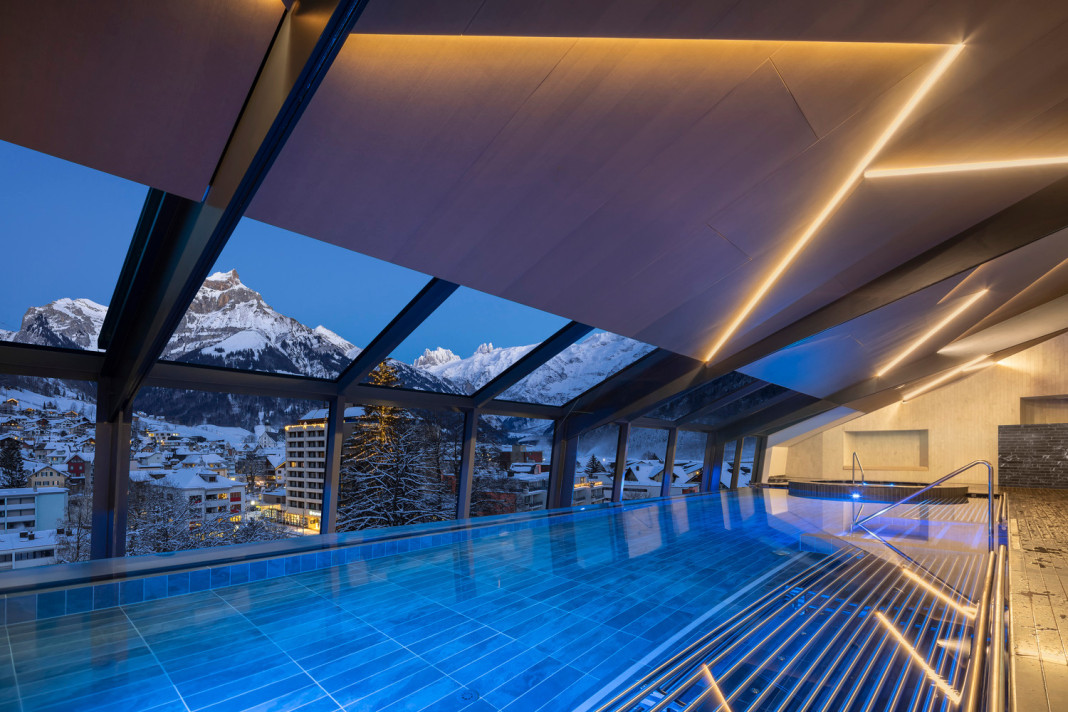 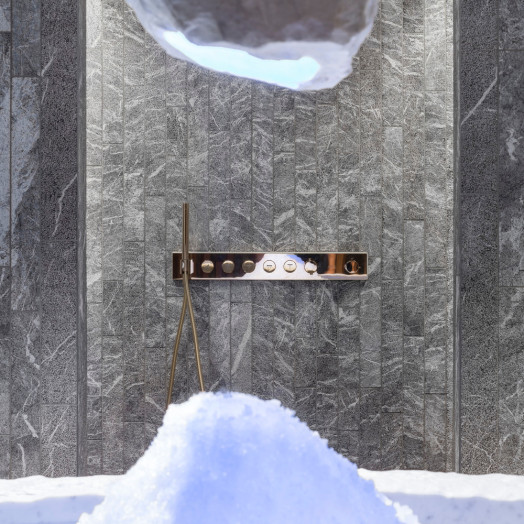 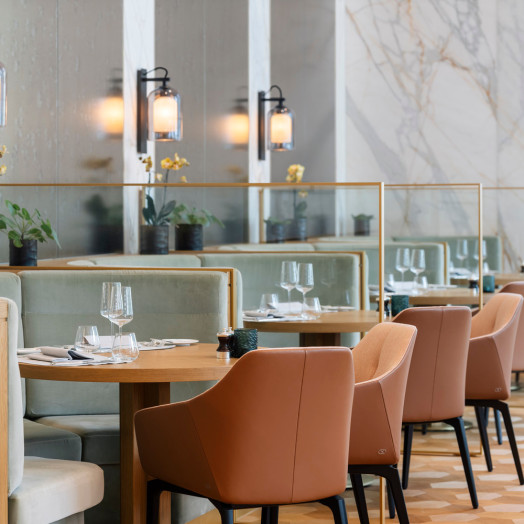 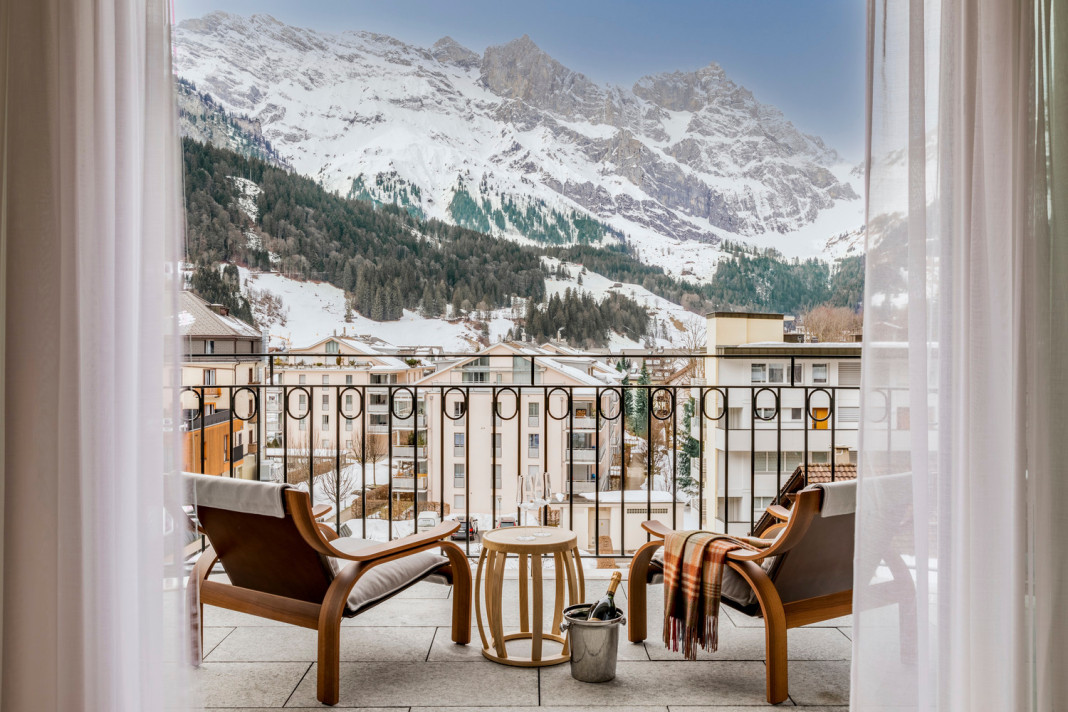 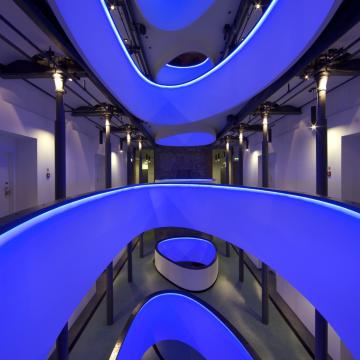 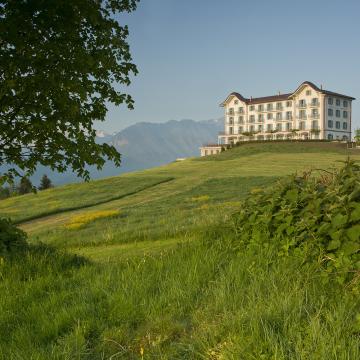 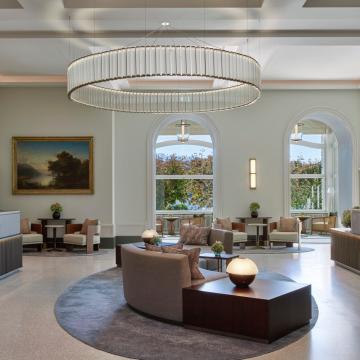