Two linear buildings arranged around a podium courtyard provide 161 new homes at the southern end of the Greenwich Peninsula development.

The Norton sits at the southern entrance to Greenwich Peninsula, at the corner of Chandler’s Avenue and John Harrison Way. Greenwich Millennium Village is on the opposite side of John Harrison Way, a wide boulevard that ensures that, despite being between two tall buildings, The Norton retains views of the Thames to the east and Central Park to the west. It contains 161 homes for sale, shared ownership and rent.

The masterplan prescribed a 10-storey continuous perimeter block with a central courtyard, which we carved apart to create two linear blocks with a well-lit podium courtyard between them. Apartments overlooking this semi-private space also have views westward across Central Park.

The building is conceived as a foursquare, brick-faced cornerstone that reveals a pale render core where it is cut away to create its courtyard.

The dimensions of the plot result in comparatively shallow floor plates, which have been exploited to create a range of deceptively simple and elegant open-plan apartment layouts, many of which enjoy triple aspects. It also contains a range of duplexes that animate its perimeter at street and podium levels.

Other projects that the practice has worked on at Greenwich Peninsula include The Cable & Roper building and the interior design of The Fulmar. 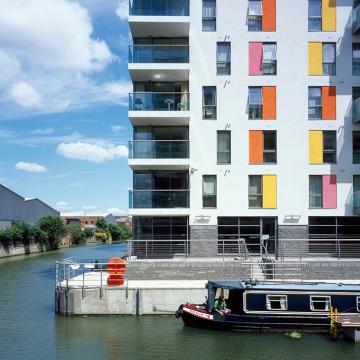 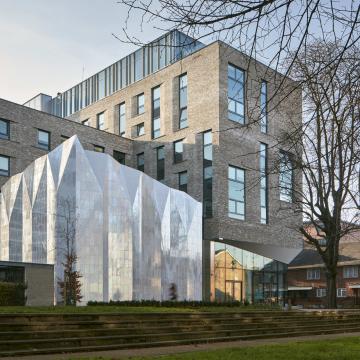