This proposal for a students' union responds to the site's sloping topography, with a theatre 'cube' that addresses the built rhythm of the surroundings, preserving views of the nearby cathedral.

Jestico + Whiles was invited to take part in a design competition and tender for a leading UK university for a £12m students’ union building.

Our proposal sought to create a building that would act as the social heart of the student community – sitting at the centre of a network of paths and providing a special place on campus for students to gather, relax, watch, learn, eat and socialise.

The brief for the building included bars, two nightclub spaces, retail, leisure, inside and outside spaces and have the capability to be used in parts or whole throughout the day and night. It also included a number of core teaching rooms and breakout areas for students.

Our proposal is sited to address the sloping topography of the site. The theatre ‘cube’ is formed to address the built rhythm along the road bisecting the main campus, and the hillside ‘barns’ are arranged to mould into the gentle undulating slope, preserving keys views of the cathedral to the south.

A gateway between two of the campuses, we proposed a new landmark for the university. Not simply a physical connection for the new students’ union but a building that would serve as a bridge between academic and social discourse, inspiring students and impacting positively on all who share the building.

The Royal Central School of Speech and Drama
London, UK

The Royal Central School of Speech and Drama  London, UK 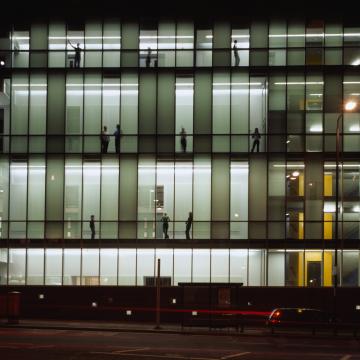 The Royal Central School of Speech and Drama
London, UK 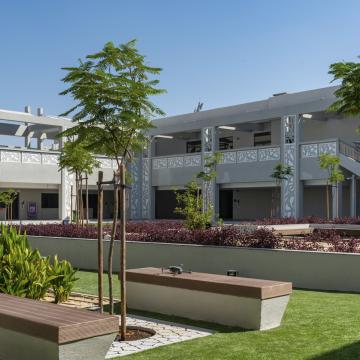 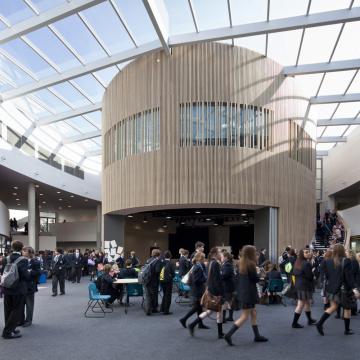