This fast-track Faculty of Architecture refurbishment has provided flexible working, display and crit space for students and an opportunity to fulfil their potential at the University of Westminster.

Jestico + Whiles completed the refurbishment of the fourth and fifth floors of the 1971 built Marylebone Building, accommodating the University of Westminster’s Faculty of Architecture and the Built Environment. Appointed in March 2015, we worked closely with the head of the department of architecture and his team to establish the brief and develop details in a very compressed programme to allow works to commence in June 2015. The studios were handed back to the university in two phases in September and October 2015.

The studios occupy a series of six bays along the length of the Marylebone Campus and had been historically compromised by redundant and inflexible partitioning and subdivision. Our design provides open plan and flexible studio spaces which meet student demand for bigger and better design studios that can be adapted to current and future needs.

The 2,500m² scheme restores the studios back to their original open plan ambience with improved acoustics, emphasising the double height grandeur. Specially designed mobile storage and display modules subdivide the spaces, providing generous pin up space and much needed storage. All services were replaced and a multifunction room was fitted out with new AV equipment, automated blinds and purpose designed suspended display panelling.

Speaking about how the new studios will benefit students, Professor Harry Charrington, Head of the Department of Architecture, said:

'Jestico + Whiles’ thoughtful and creative input was invaluable in reshaping and extending the University of Westminster’s Marylebone Studios. It was a pleasure to work with them – on a punishingly tight time-line, and with the challenges that old buildings invariably offer – to create what are now the best studios of any architecture school in London.'

'The studios are beautifully fit for purpose, not only giving all our students an opportunity to fulfil their architectural potential, but helping renew the university’s potential to build on its legacy as one of the foremost schools of architecture in the UK.' 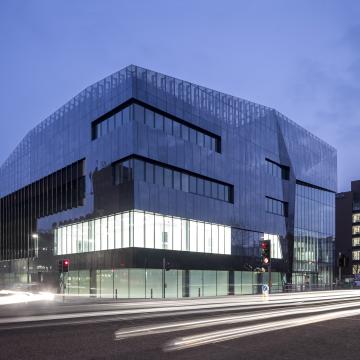 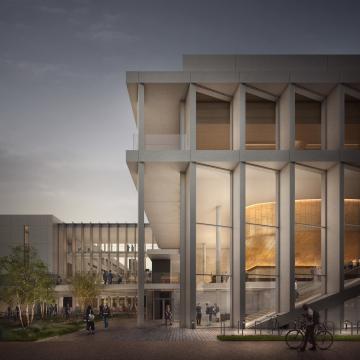